What do Montessori and RIE Have in Common?

Montessori and RIE are both popular methods used by families to encourage independence, while taking the stance that children are born with "the stuff "they need to become naturally motivated learners. Given such similarities at their core, what distinguishes the two methods?

The Montessori Method, was developed by Dr. Maria Montessori (Italy’s first female Physician) at the turn of the 20th century. Tasked with creating a school for the poor, inner city children of Rome, Dr. Montessori began by observing the children. Deemed unruly and unteachable, she implemented child-led activities which unlocked concentration and cultivated a love of learning.

The Montessori Method takes advantage of the child’s natural curiosity in real time, encouraging them to learn and explore at their own pace. Instead of following a curriculum, the caregiver acts as a guide, presenting natural opportunities for learning. Ultimately, however, the caregiver follows the child, encouraging them to learn the lessons they are intuitively drawn toward.

Due to its ability to nurture independence and empowerment in youngsters, The Montessori Method has become incredibly popular. While it is most commonly used in Montessori preschools worldwide, some schools offer Montessori Education options are through high school.

RIE, short for “Resources for Infant Educarers,” has a focus on children from birth through age 3. Founded in the late 1970s by Magda Gerber, a renowned Child Therapist and leader in early childhood education and Dr. Tom Forrest.

RIE’s most characteristic trait is treating the child with respect. One of the many ways this is achieved is by eliminating “baby talk.” RIE views children of all ages as people, and as such, the idea is to speak to them like a person. One common example of this is explaining, step-by-step, as you change their diaper. Tell them what’s happening to them as you manipulate their bodies, because they deserve to know.

While RIE doesn’t favor punishment or shame, boundaries can exist. Parents, nannies and other caregivers are charged with holistically communicating through modeling all the while encouraging empathy and understanding.

Montessori and RIE not only have similar end goals, they have some similar approaches:

While Montessori and/or RIE, may not be the right choice for every family, they each have a lot to offer. Some favor one or the other, but many families and nannies adopt both methods.

What Can an NCS Do for Your Family in a General Sense?

If you are considering hiring a newborn care specialist for your family after the arrival of your newborn, having an idea of what they do What Type of Childcare Do I Need?

There are many different forms of childcare, which one is best for your family? Are you looking for a nanny, babysitter, au pair 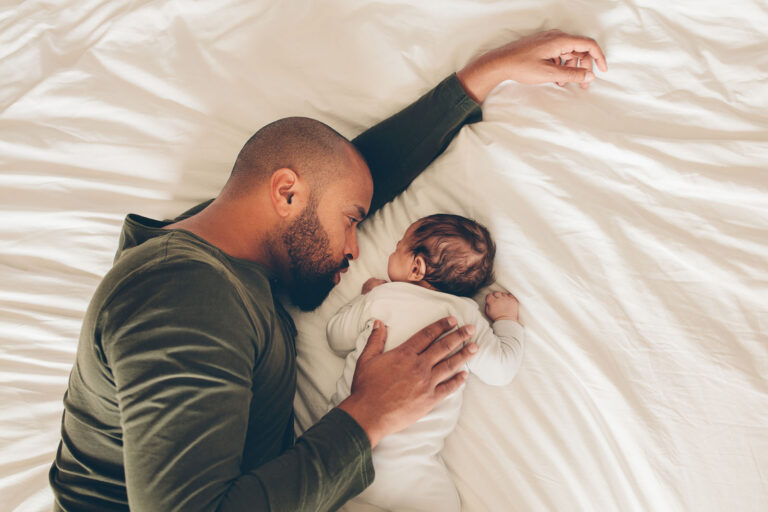 What Can an NCS Do for Your Family From a Mental Health Sense?

All too often, particularly in the Western World, we leave parents essentially alone to recover from the arrival of a new baby (whether via birth,

Your children are your whole world!

A great nanny acts as an extension of you in your absence, supporting your values and preferences, and aligning with your parenting style and philosophies to provide a secure, safe, and united home for your family.

Find Your Nanny
Find Your Family